and award to most awesome picture ever goes to ^: Joe McCoy and Memphis Minnie 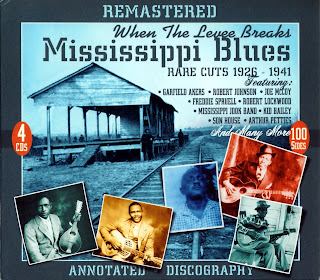 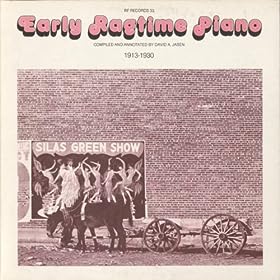 James Wilson and Group - Walk Down, Devils - Virginia and the Piedmont: Minstrelsy, Work Songs, and Blues

Slide Guitar Blues: One CD out of Roll and Tumble Blues: History of Slide Guitar 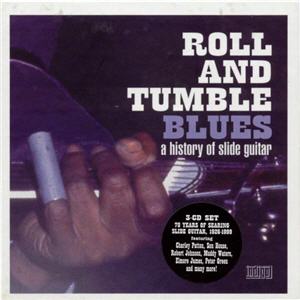 What is slide guitar?
Today's show is very slide guitar based. Slide Guitar refers to the motion of the slide on the strings of a guitar. This varies the strings' vibrating length and pitch. The slide can be moved across the strings without lifitng and creates continuous transitioning in pitch.

Born James Arnold in Georgia,  Kokomo Arnold learned guitar from his cousin and moved to Buffalo New York to be farmhand, then a steelworker, and then went into bootlegging during the Prohibition. He was actually pushed into becoming a musician as a career because prohibition ended, and recorded for Decca records.. Milk Cow Blues was covered by Elvis.

Recorded for Paramount and Vocalion, at times under the name Sam Butler.

Blind Willie Johnson - Dark Was the Night (Cold Was the Ground)

The legendary depression era gospel singer. He is famous for playing bottleneck or slide guitar.  When he was a kid, he knew he wanted to be a preacher and then made a cigar box guitar

Born Hudson Woodbridge. He is known for playing a singel string slide guitar as well as bottlenecking, which ais a style he took with him to Chicago. He was born in Georgia, but when his parents died at a young age, he moved to Tampa Florida to live with his aunt and uncle. During his career, he collaborated with Ma Rainey, a famous female blues singer and Georgia Tom, also known as Tom Dorsey, Sonny Boy Williamosn, and Memphis Minnie.

Son House - Walking Blues
Son House, Eddie James Son Jr, did not learn guitar until his twenties. He was going to become a baptist preacher but then he associted himself with Delta mUsicians such as Charley Patton and Willie Brown, usually as a sideman on stage.. ONce your'e friend with them, who would want to go back? He recorded for Paramount with the other musicians, but surprisingly, those songs weren't a commercial success, and he didn't record again for 30 years. He was later recoreded by John and Alan Lomax, the famous field reserachers and archivers for the blues.
Casey Bill Weldon - he played slide guitar, but more upbeat songs, including genres of hokum and country blues. He was also part of the famous memphis jug band and married to memphis minnie!

Furry Lewis, born Walter Lewis,  was born in Tennessee and started music young. He met many people such as blind lemon jefferson and texas alexander, and bessie smith, and Frank STokes. AFter eaching a certain age, he decided to tak ea stable job in Memphis, yet continued to be part of the music scene until he retired.
Before he died, Lewis opened twice for The Rolling Stones, played on Johnny Carson's The Tonight Show, and had a part in a Burt Reynolds movie, W.W. and the Dixie Dancekings (1975), and had a profile in Playboy magazine

Hawaiian Steel Guitar: a style of playing in which the guitar is held horizontally and the strings are played with a steel slide. It originated in Hawaii around the 19th and 20th century, reportedly due to immigrant presence in the area. 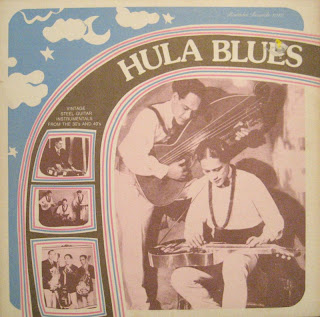 You can find it on amazon.
Andy Sanella - Blues of the Guitar

Jim and Bob and the Genial Hawaiians - Chimes

Willie Brown - Make Me A Pallet On The Floor

this is a reallllly good source for some old ragtime music. If i'm not mistaken, they are actual recordings from the 20s!

today's show is going to be very ragtime-y
Posted by The Morose Mississippi at 9:48 AM No comments: